What’s going on my faithful? Nothing new here. Work schedule has been holding my attention more then I’d like to admit, but I suspect this is nothing out of the ordinary for anyone else as well.

According to most reputable sources CDC/FDA etc, one in six americans are “food insecure”. Meaning out of six americans one is going hungry. Ok I can see that.

Lets look at another statistic. According to most reputable sources again the CDC/FDA 1/3 of americans are classified as clinically obese. i.e. Fat fucks! If we take the same six americans above, two of the six are fat asses. Ok I can see that too.

Now lets look at the six americans. One is hungry or starving, two are fat fucks eating too much. What about the other three? Who are the other three? According to the IRS and Census more then 50% of the able bodied people of working age pay zero (0) taxes.

This is obviously an over simplification of some very basic statistical analysis. Granted the one starving and the two fat fucks of the six also count children not just able body work aged adults. One could draw many conclusions about the population of this country, but the simple undeniable conclusion remains. Who the fuck is in charge of this nation and how the fuck did we as a nation get so blinded to simple right and wrong to elect these imbeciles that may think these statistics are ok?

Forget Iran, Iraq and Israel for a second. Forget about some bullshit forced healthcare, and forget about what two gay men or women do in the privacy of their own homes.  Forget about Hector the illegal landscaper who cuts your grass or lays your tile. Forget for just a second the whack job retarded kid who couldn’t take an insult when called a nerd or pussy in high school then takes his crackpot mothers guns and kills all the teachers and kids at the school.

Forget all that shit for a second.

We have allowed. We have elected. We have sanctioned and put in power, people in this country who stand up and speak for us all, that very simply think its ok for one of you starve, two of you to eat yourselves to death, and three of you to not do shit at all but take a free fucking ride!

Who the hell do you blame for this? Bush? Obama? Republicans? Democrats? NBC? FOX? Wall Street?

Look in the mirror. Look at your neighbor.

Speaking of elected officials. This past week was also the 50th anniversary of the assignation of President John F. Kennedy. Its always the same. Oswald acted alone. Oswald didn’t act alone. Experts proved he could have gotten the shots off. Experts have proved he couldn’t have acted alone and had help.

Here is what I think. Who gives a shit who killed JFK? At least someone had the balls (or hairs for you powerful women out there :-P) to at least do something. No really. I am not advocating all out wholesale assassination of our inept elected officials. There is one undeniable fact. Its gets the point across.

Think about it for a second. These career politicians get into office and do whatever they like. Sure it starts out with the “serving his/her constituents” but soon its serving big interests with unlimited money. They write and create laws that protect their abhorrent behavior and what are we the people left with? I’ll tell you what we have. One of you starving, two of you eating yourself to death, and three of you not doing a fuck all to contribute anything to this nation.

How do we take back our government? Like I said, I’m not an advocate for murder and assassination but if I was an elected official and had a choice between say bankrupting the nation, saddling my kids, kid and their kids, with future debt and no hope for prosperity or overhauling healthcare in a way that protected everyone in a voluntary, free market way without the overzealous use of lawyers / tort law or the proposition of a bullet to my head, I could probably find a way to do the hard work.

Kennedy through our media over the years has been made into this “great President”. I mean when you get your brains blown out in front of everyone, sure I can see how survivors remorse and national shame would elevate someones legacy. What people fail to realize is Kennedy was at the time a mediocre trending towards “shit” president. Sure Kennedy did good, but he also did bad. A lot of people hated Kennedy and I am not talking a handful of southern racists either. His father Joe was a known scumbag and his brother Robert as the Attorney General was a shitbird. Robert got his in 1968. Shocker. Not really.

In the end JFK was laying major legislative groundwork to wrestle away more power and freedoms from you and I to give to politicians to act in a way…well to act in a way that they act like now. Without consequence.

If you think about it in 1963 it wasn’t that hard to blow away the President. Oswald did it. Probably. Most likely. He got a shot off for certain anyway. Why the conspiracy theory to this day? Probably to keep from showing just how easy it is for the people to take this country back and wrestle away the power that belongs to you and I instead of career politicians.

Its 2013 now. Chances are slim to none of successfully shooting the president. Hell you can’t even talk about it without raising concern. That being said we still have something more powerful then a bullet. We have the vote. Its just a shame that we have been bullshitted and indoctrinated by a media, special interests, and our own government that the one thing we still have does not carry the same weight and consequences as the other. 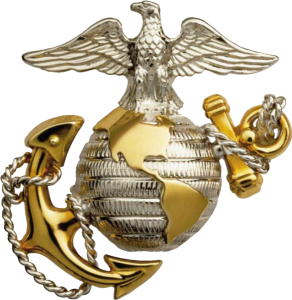 Jesus its November already. More importantly it’t 10 November. I know my birthday. I know my fathers. I think my mothers is tomorrow. I know my brothers are in March. I think valentines day is in February, and my parents anniversary is  some time in June. I can’t tell you my nieces birthdays but I can tell you one thing for sure.

I am 43 years old this year. I finally joined my local Marine Corps League. I am, I believe the youngest in the group. I now belong to the Jack Ivy Detachment 666 of the Marine Corps League. Satan’s own! We meet once a month at some Elks lodge and shoot the shit, raise money for charitable causes and basically enjoy each others camaraderie.

I am in a room with mostly Korean war and Vietnam era Marine Corps veterans. I am still figuring out where I will fit in with the group as far as my participation, but one thing is for sure, and what still fascinates me to this very day. I can walk in sit down with a bunch of men I have never met in my life or know and be at home without saying a word.

You can look around the room at the faces and theres an unspoken understanding of stories and experiences unknown. You are part of a group that will never be taken from you. A family you will always have.

This past week there was an old guy in the room. Navy veteran. Served in WWII. He was made an honorary member of the detachment for some of his past participation. He gets up and accepts his little plaque and relates a simple story.

I was at Iwo Jima on a battleship. I saw the flag go up on Mt Suribachi. All the ships around Iwo started blasting their horns. We had 80 Marines on the ship and what I saw and knew what was going on ashore, those Marines were incredible. I haven’t admired anyone as much since then.

The air in the room was still. There is no words to describe how you feel. You simply sit there. You think about good times, faces of the past whom have left us and how even in the worst of times how much you wish you could go back there even if just for a moment to re-live that experience.

On this veterans day weekend, think about what you have in terms of freedoms. In the simplest of terms there are fewer and fewer men and woman of a generation who went forward and fought tyranny in ways that are indescribable to this day. You probably do not even know what they have done. They willfully chose to go forward, without political affiliation or whether the cause was just, but simply because each felt it was right and had to be done.

If you look even deeper into some of these men and their acts of heroism and valor they displayed you will find it had in most cases shit all to do with you our America. It was very simply more to do with a buddy to his left or right.  The Marines I know are like this. Marines have stopped and beaten anyone thats ever taken a shot at us. Japanese, Chinese, Vietnamese, Cubans, Panamanians, Iraqis, Taliban. Historically speaking the US Marines have never left a battlefield beaten. The ultimate outcome of a war may not have been categorized as a win or lose, but one thing is for sure, the Marine Corps have never lost a battle.

There is good reason the Marines are called the finest fighting force the world has ever seen.

Its easy to thank a veteran. Its easy for TGI Fridays to give away a meal. Its easy to let an old man with a Marines Corps baseball hat go in front of you while in the grocery store line.  Its easy to take a day out of the year and go see a parade and raise a flag in their honor. Those are the easy things.