In a new department of the What’s Up Brock empire “Podcasts” I introduce you to my Grandfather’s brother Chester Nixon. Uncle Chet as the family has come to call him, is a rather unique individual. Actually he’s a hard charging Mo-Fo of the Marine Corps Aviator variety. Yes World War II, Pappy Boyington, F4U Corsair era.

Below are a few Podcasts I created from some audio recordings Uncle Chet made a few years back. When you click the links you’ll be taken to a new window or tab in your browser and an imbedded audio player will play the file. You certainly can save the Mp3 for your future listening pleasure as well. If something doesn’t work for you, leave a comment below, and I’ll try and get a fix or help you. I tested all day and it seems to work though.

In any regard, I should prepare some narration as the recordings aren’t HiFi and secondly Uncle Chet while still sharp as a tack and a bad ass, is getting up in years. Some of Uncle Chet’s commentary is a little disjointed.

Uncle Chet created these audio recordings at the requests of my two uncles when their father (my grandfather, Chet’s brother) passed away some years ago to preserve some interesting family history. Uncle Chet’s narrative as you’ll soon hear is from the perspective of uncle to nephews regarding certain family history and his flying experiences.

I have attached pictures of some of the aircraft Uncle Chet talks about to give you an idea what he was flying and have clarified some key points of his narrative.

Uncle Chet grew up in New York. The story starts there with his first plane ride from a barn stormer. Uncle Chet used to herd sheep, when he herded some sheep on a piece of land that didn’t belong to him, he “may have represented” to a bi-plane pilot that it was ok to use the land to fly the plane in and out of the area in exchange for a free ride. 😉

Uncle Chet goes on to detail his Naval aviation training, going into Marine aviation, having an instructor in another plane collide with him over the Gulf of Mexico and bailing out. He then details getting married, traveling across the country to California, then heading to the South Pacific as a Marine Corps pilot during World War II. 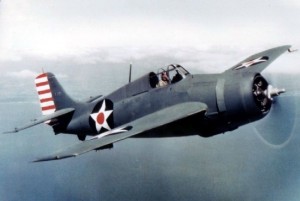 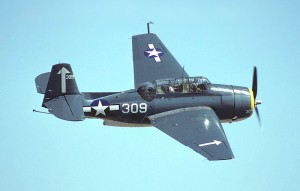 During World War II Uncle Chet flew with Marine Attack Squadron VMF321 which was commanded by Major Eddie Overend. Major Overend flew with the Flying Tigers in China before America entered World War II with the famous Greg (Pappy) Boyington. (Interesting note here, I went to Marine Corps bootcamp at Parris Island, SC. with the great grandson of Pappy Boyington….We Marines are an elite bunch!) Major Overend was credited with 5.5 Jap kills while with the Flying Tigers, then when he took command of VMF 321 when America entered the war was credited with another 3.5 kills. Overend was an Ace and recieved the Distinguished Flying Cross. 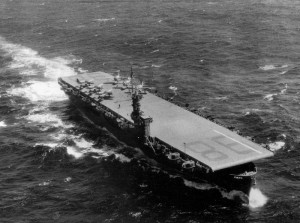 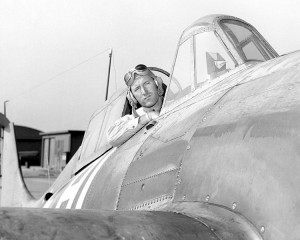 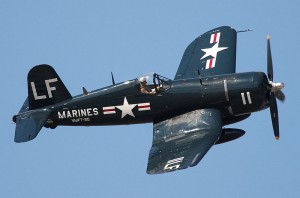 Uncle Chet then transfers to VMF 225 for a few months. He moves up in rank and discusses his duties while assigned to VMF 225.

When Uncle Chet rotates back to the states (late 1944-early 1945), he discusses how he was assigned to some training squadrons in Florida to get new pilots ready for the eventual invasion of mainland Japan.

The war ends, Uncle Chet goes into the reserves, Korean War starts, Uncle Chet’s eyes get problems and he eventually resigns is Marine Corps commission when his flight status becomes a question.

From here Uncle Chet discusses his life and years of flying post World War II up until the time he stops flying when he gets into his seventies and his health starts failing.

I post these in honor of my family and Uncle Chet’s interesting life. Every family has these kinds of stories and history and as these men and woman get older and die a lot of the history that made this country great is being lost. Here it lives forever. My advice to anyone, get with your family members and get this history recorded some way. When they’re gone its too late.