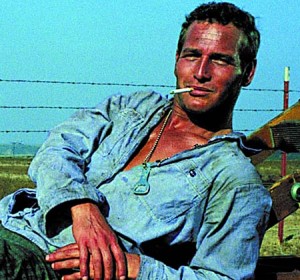 Another Monday and another arduous start to another week. Ugh. Hang in there we’ll suffer together. Strength in numbers and all that good stuff.

First things first. Good news not so good news regarding the new Golden Retriever I was going to adopt. Good news is I found out his real name. Its Endo. Traveller is really Endo. Not so good news I didn’t adopt him from the animal shelter. Good news is last weekend his owners showed up and claimed him. I was a little bummed but more then anything I was happy Endo found his real owners, or more accurately his real owners gave a small shit about him and came looking for him. Glad he’s back where he belongs with his family. Folks if you have pets particularly dogs do the following:

So Endo went back home where he belongs which is good. Hopefully his family takes a little better care of him. The real happy ending is that what the animal shelter is there for and trying to do protecting and getting animals back home or to a good home is actually working.

I did not watch the Golden Globe Awards last night. I couldn’t give any less of a shit about what the Hollywood elite was wearing or their imbecile thoughts on say, global warming, or how bad Taylor Swift is in bed who keeps scaring off men and then writing songs about it. I swear if that broad could  as well as she can pen an new blistering song about the poor bastard that took a try with her, I would champion her music until they found Jimmy Hoffa.

What I did do this weekend however was quite monumental. In fact it deserves trumpets and angels playing harps! It’s so big I question whether I have the strength and words to convey such amaze balls here on this little blog. Can you guess what I did? Are you sitting on the edge of your seat? Are you sweating bullets waiting for the big reveal? Are you reading along skimming forward a few words at a time for a spoiler about what I did? Are you screaming in your head “YES, YES, YOU SON OF A BITCH TELL ME WHAT YOU DID!”

I pressure cleaned the driveway. My driveway has returned to middle class white suburbia with a nice fresh look. No longer am I that house with the mildewy driveway. I am now back in the ranks of “hey some clean give a shit dude must live there driveway”. I won the war against my driveway pressure cleaning procrastination. It was a long fight. I was up against the ropes from about October through December, but damn it, I fought the good fight. I was knocked down with power naps, NFL, Moonshiners and Axe Men but I got back up each time. I said to myself “you can do it, follow your dreams Brock, don’t let any nap or intriguing TV tell you that you cant have a nice clean driveway again”. So I kept fighting and getting back up like Cool Hand Luke and I was like “Kick a buck, Kick a buck” adding money to the pot in the poker hand of Brock versus the pressure cleaned driveway. Driveway and life against me all folded and got out of the game, and I won, with nuthin’ because sometimes having “nuthin’ can be a real cool hand!”

Then I made some raisin bread. See? 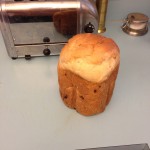 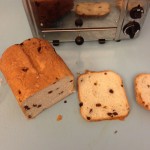 That’s about it for the weekend. Productive. Hope yours was too.

Peace and love or at the least non-violent acceptance in a friendly manner.