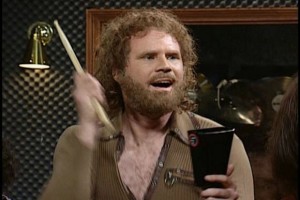 She tried to take me upstairs for a ride.

Well HELLO 2013! I can already tell we need more cowbell around here.

Hope everyone had a nice safe Holidays and new year. Me? It was quiet calm and relaxing. Not a bad way to end the year.

So its a new year and it seems off to a nice bang in Washington. Say what you will about John Boehner but I support anyone telling Harry Reid to “Go fuck himself” outside the oval office, not once, but a loud and clear twice when Reid ask for clarification about what Boehner was talking about. Congress and Senate leadership is in a complete mess in this country at the moment. Any time we can get down to the brass tacks, and tell one of these asshole elitist political scumbags that has made a living taking from the honest and hard work of the citizens of this country, “to go fuck himself” even if it was by one of an other asshole elitist political scumbag, then I am in complete agreement. I cheer on the blunt honesty while saluting the flag and singing the national anthem. The only thing that would make me more excited about politics in this country is if Boehner cold cocked Reid’s old ass right in his suck and floored him into Obama’s office door. I’d happily donate money to  a congressional bail bond fund for assault against each other then any re-election campaign.

In fact I fully support the notion of having congress fist fight in a caged ring to pass legislation. To hell with voting!

Mrs. Feinstein wants to submit and pass a new gun bill? (I call it a gun bill because if you haven’t been paying attention to this bullshit, her bill has nothing to do with assault weapons, as its an all out attack on the 2nd Amendment to tax and then seize or “buy” back all guns period the fucking end….don’t say I didn’t warn you!) Then she gets into ring with another opposing congressional member to fist fight it out untill there is one man or woman standing. She kicks ass she gets her bill, she gets knocked out, no bill, she goes home and has to shut the heck up. I think if you want to make laws to impose on the citizens of this nation (which more times then not makes you money) then you should be willing to stand up and fight for that law with your blood sweat and tears to see it pass.

Extreme? Maybe, but I’ll ask this question in response. Why is it ok for say a young Marine or Army Ranger to go into combat willing to give his or her life for the laws of this country, and the people that make and pass the laws have nothing more to do with the idea then ride on over to capital hill in their limo’s and $1500 suites, while having other people draft the damn lawn for them, and then grandstanding about its passage? Fuck them, they have no skin in the game. Let ’em start taking an ass whipping for their pet project legislation. Then they can have a pay raise, a life long pension, and special healthcare you and I could only fantasize about.

I think thats fair. Or at the very least will cut out a whole heck of a lot of crap going on in Washington. Other then that I don’t feel too strongly on the matter. 😉

Someone dropped off a Golden Retriever and an English Bulldog at the shelter. Both males both between 5-7 years old and I’m crushing on both of them. SHIT! I am going to have a house full I know it. I’m going to be like the male equivalent of the crazy cat lady, only I’ll have a pack of damn dogs. 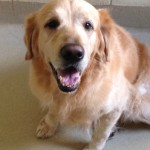 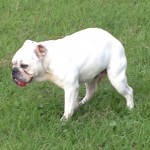 Lucas is already looking at me with the “look”. The don’t you bring no more dogs around here you bastard, this is my home now look.

Ugh, people suck who give up pets. Especially beautiful ones like these. These guys will get homes fast though, even if I don’t intervene in a moment of weakness. So thats some good news.

I’ll close this up for now. I’ll catch you mother scratchers towards the end of he week.

In the words of the Almighty Beastie Boys…….