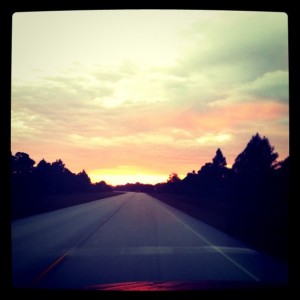 As you may all know by now from a previous post about my cousins battle with cancer, its with a heavy heart I have to report that Jess lost her long and arduous battle this past Friday.

I have been thinking about her and her story for a few days now. I was debating how to frame and relate such a story of courage and grace. The hardest part for me is the simplest. Its so cliche to say, “so and so unfortunately lost their battle with cancer.” Its a normal statement. Factually its a true statement. As many of you know me, I tend to shy away from the cliche and normal. To say my cousin lost her battle with cancer is as far as I am concerned a load of BS. Jess won her battle. I’ll tell you why.

For over seven years, from the time she was diagnosed this girl had a smile and such a positive attitude in her treatment to try and keep this disease at bay. Never a complaint. Never a bad word. Numerous surgeries, radiation, chemo treatments. After each surgery or round of treatment, this girl went back to work. Sick, feeling like crap, tired, she held her head up high, smiled and moved forward. She enjoyed life to the fullest and when faced with setbacks in her treatment, it was always a “Whats next? We move forward with positive attitude.”

I can’t tell you the amount of strength, dignity, grace and positive attitude this young lady displayed throughout this whole rotten situation.

Obviously and as most people will agree when you have a family member go through something like this you tend to think about your own mortality. You wonder what you would do. How you would react. I did. If I am honest with myself and you the reader, theres a chance I’d try and do the right thing by being positive and setting an example in my head-on treatment and fight against this insidious disease. Then theres the very possible reality that after reaching a certain point, I’d simply throw in the towel, take out every line of credit I could get my hands on, and call it a party of the century with my closest friends. Booze, hookers, drugs, bank robbery, and dynamiting the IRS. I mean really whats to lose at that point?  Ok, I wouldn’t hurt innocent people, but you get the picture.

Thats me, and how I would have handled things. My cousin Jess is a much bigger and better person that I’ll ever be. She proved and showed the rest of us, that even when we’re saddled with insurmountable odds and a losing proposition you can still live with great happiness, and dignity no matter what the obvious outcome. That is a lesson I’ll forever take with me.

Did the cancer finally get my cousin Jess? Technically, yes, but Jessica did NOT lose the battle. No way. She won. She won in such outstanding fashion that her lessons and memory will live forever with those that met and knew her. I’ll call that winning every single day.

This blog in its current incarnation is officially one year old. I think technically the anniversary occurred last month but as you see it now its one year old. Its about where I expected it to be and for that I am pleasantly surprised. I have been mulling some small changes and updates with layout and graphics to keep things fresh. Fundamentally things will continue as they are and we’ll see where the next year takes us. I have some ideas and experiments swirling around in my head so stay tuned.

July already. Complete years and weekends go by so fast. Yet one single Monday at work can take the life right out of us five times over. Further proof life just isn’t fair sometimes. I don’t care though. July 31st I am going to see Black Sabbath and that doesn’t suck.