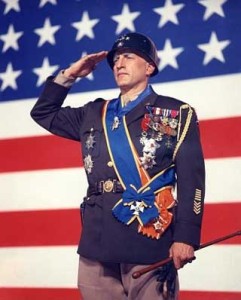 Did you know that humans (anatomically accurate and modern like you and me today) have been on earth dating back to the middle Paleolithic age? That’s about 200,000 years ago. Thats not Neanderthal man, or bi-pedal apes and evolution. Humans as you and I see each other with the same essential brain capacity for learning have been on this planet for about 200,000 years and thats simple fossil evidence backing that fact up. Good piece of time huh? Color TV, internet porn, canned Spam, the iPhone, thong panties, and self parallel parking cars. Not bad for 200,000 years. We sure have come a long way.

Did you know that from when the Wright brothers flew in the air under power for the very first time in human history, 65 years 7 months and 3 days later man stepped foot on the moon? Think about that for a minute.

We’ve been roaming this earth in our current form for a little more then 200,000 years. It took us less then seventy years from the very fist time we learned to fly, until we set foot on something other then earth 250K miles away in space.

In the grand scheme of things sixty-five or seventy years is but a blip a fraction of time in 200,000 years of human exisitence. One day we said “shit we can fly” and from that moment on a short sixty-five and a half years later we walked on the moon.

Imagine in human existence we made fire, the wheel, hunted animals, made communities, countries, governments, gun powder, war, electricity, cars, and in all that learning, living, and conquering in about a fraction of a bit of time taught ourselves to fly and then left the planet.

What have we done since the moon? Where has our human spirit of creation, learning, exploring and understanding taken us? I suggest and it is my opinion, FUCK ALL. We have done squat in 40 years.

Sure, some may argue we created cell phones, internet, satellite TV, shitty AOL and Amazon customer service phone centers in India and Pakistan. What is all that in the big picture? Its nothing. Its lazy, and greedy. I like lazy and greedy too, but really what have we done? In fundamentally five minutes of human history we learned to move through the air and then walk on another celestial body. Since that time, we have spent about half of what it took to learn to get to the moon and back, figuring out a way to get pizza delivered in thirty minutes or less and to send pictures of our cocks to hot women on the internet!

In 200,000 years of modern human history, I have to watch a family member in the prime of her life battle cancer!?

The smartest minds on this planet in sixty-five years found a way to lift a man off the ground and send him to the moon and back. Yet in 200,000 years those same smart minds have to look a mother and father in the eyes and say we don’t know what to do our how to cure your child of cancer. The same cancer those minds have known since about 300 BC. Thats about 2300 years for all you keeping score at home on your Gregorian calendar bingo punch cards.

There is something seriously the matter with this picture. You will notice I have left out religion and politics in any of this for reasons or blame. Blame rests solely on all of our shoulders. We have become lazy, and greedy. Lazy in that we have lost our desire to learn and conquer. Lazy to create. Lazy to elect representative government who fails to drive us to greatness with human interest at stake rather then their own.

Greedy because its more profitable in the therapeutic maintenance of terminal disease rather then its simple eradication. Greedy because hard on and erectile dysfunction pills are quicker to make, market and get FDA approval then say curing diabetes, congenital heart disease, and cancer.

We did this to ourselves. We all have to shoulder this blame. The only positive thing in all of this is, and its especially true for me and my fellow americans, is that we can at any time stand up and say, “WTF stop this madness.” We can demand accountability from our elected representatives or remove them from office. We can stop ignorance and the dumbing down of the general population by the mainstream media. We can take the money or raise the money and demand our brightest brains to cure disease. We can stop taking from one another and giving to others for someone else’s profit. We can empower industry to create what we want and need. We can learn, we can create we can cure. We are still free.

In California a 16 year old high school girl on a whim because she is pissed about her cell phone battery always draining, puts her head to work. She creates a super capacitor that can potentially charge a cellphone in 20 seconds.

How much money and computing power does our government spend in an hour, day, week, month, year dealing with taxes and the IRS?

How long would it take the scientists with all that IRS operating budget and computer power to say map all the human genetic code to cure disease?

Its not hard. All we have to do is demand it. Want it and we can make it so. When do we stand up? When do we say stop? Our governments and societies want this to look impossible. They are in business to stifle our will. Its not hard to change this. All we have to do is want it. We’re still free. We’re still the greatest and smartest generation. My only worry is for how long?