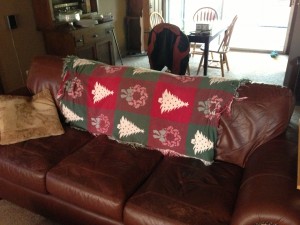 Its the day before Christmas Eve. It’s Sunday. It’s 8am EST. I should probably start my Christmas shopping. Didn’t I blog about this nonsense and getting an early start this year? Good intentions pave the way to hell. Well I am not officially late. Late will be if I don’t do anything today and go out shopping tomorrow. If I shop today, technically I could still achieve my resolution to begin early, but honestly why break tradition? I’ll go out tomorrow with my father whom I am certain is in the exact same position I am in. Maybe thats where I get it from? Is procrastination genetic? Is “my low level of give a fucks” passed down from father to son? Am I just some kind of holiday season retail anomaly? Why can’t the month of December take as long to get through as getting into the magical underwear of the hot Mormon girl at prom? Why god? WHY?

I am happy to report I got into the festivities this year. I realized I had in my possession a rather nice Christmas blanket with trees and wreathes and whatnot stitched into it. So I pulled it out and put it over the back of the couch. DING DING Christmas decorating and holiday spirit.

Me and awesome = +1
Broken holiday resolution = 0 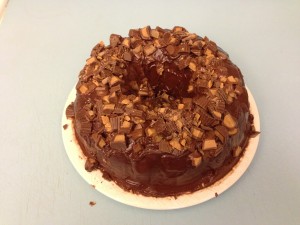 You may remember my small video tribute to my friend Debbie in honor of her wish for a certain themed Magic Mike birthday last weekend. Well for being a good sport through it all (hey who doesn’t love dancing special people with boners for their birthday?) I made her a birthday cake.

I have another good friend that works for M&M Mars, and he’s going to kick me in the balls when he see’s this post and that I besmirched his chocolate empire for supporting Hershey inc. What I go through and do for friends. 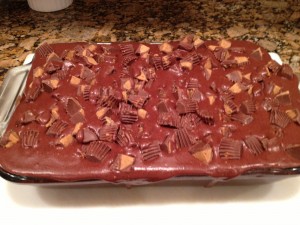 Then my arch nemesis in the baking world “Bakerella” tries to sneak attack my birthday cake making plans and below the radar, without consulting me, the self proclaimed master, of baking and cooking amongst our small group of friends and makes the same cake for our mutual friend Debbie.

Damn you Bakeralla! Damn you to H, E, double hockey sticks! I will have my revenge! ;-P

Seriously though, its all good. Its a small testament of how lucky I am to be associated with and have the group of friends that I do. I mean its not everyday a rather masculine man would openly blog about baking birthday cakes and then take such make believe offense of having his baking spotlight stolen from him in the most treacherous of ways. Fella must have some good friends. Yeah, I do. I’m pretty blessed. Except that Bakerella chick, watch your back around that one, she’s like a Martha Stewart with a switchblade knife. LOL

Coffee’s running low, grass needs cutting, and someone needs help moving a couch. No rest for the wicked! 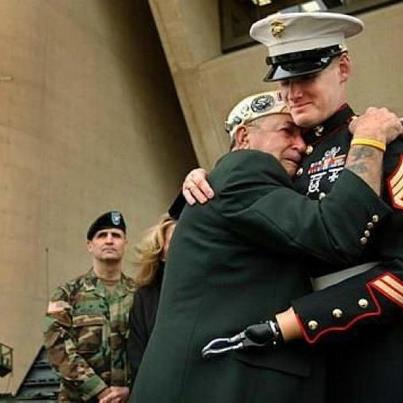 It’s that all important day again. What day is that Brock? The day when we’re all thankful for everyone, everything and profess our love for all things peace and beautiful? No not that day. I am talking about the day we sit around all day eating food that some key members of family stood around cooking all day, swearing about how an ungrateful bunch of bastards the rest of the world may be. The day before everyone goes out like a bunch of goddamned maniacs to stand in store lines at ungodly hours in the morning in hopes that you will get a coupon to a free box of tampons or a playstation at a blistering $5 off the retail price.

Oh that day. Yea, buts its so much better and easier to post status updates on Facebook about how you’re grateful for that one time you got a flat tire and the strange man helped change the tire and didn’t kidnap you in the back of his van. That day you didn’t wind up in his basement well, being lowered a basket of lotion and being told. “Its puts the lotion on its skin or it gets the hose again.”

Oh you forgot to be thankful for that one huh?

As every other year, I too have thought about how thankful I am for the people and things in my life. Its the same each year. This year however I have committed to do a little more then tell people I am thankful. This year I will make at least a 10% increase in showing people or things how grateful I am. Anyone can proclaim how thankful they may be, but that crap is forgotten Friday morning while rushing through stores with a Starbucks latte in hand. Go show that person or thing how thankful you may be. It gets a little harder and a little more involved then a status update on Facebook.

I have been blessed with a damn good family and collection of friends. I got a lot of damn thankful to start showing. I’ve never said it enough and I know I have never shown it enough. Reasons and excuses are many just like good intention paves the way to hell. I know my limits which is why I only bid to change my ways and show thanks and gratefulness by a net increase of 10%. May sound small but the way I look at it, 10% of a metric shit ton of thankful and gratefulness to be shown should keep me busy for most of the next year. I’ll report back in November 2013 and tell you how I did. Save the date and all that.

I started my Thanksgiving cooking. Sort of. My southern roots dictate I bust out a cornbread stuffing/dressing to bring to the folks. We’ll see how that turns out. I’m also making some no-knead Parker House type yeast rolls, cranberry sauce, and possibly another coconut lemon cake. I’ll have to knock a fresh coconut out of the tree tomorrow morning however. I’ll document all these side dishes and desserts as much as I can to include in the recipe section.

Thats where I am right now. Thankful for a lot of things sure, but I rather commit to showing it cause in the past I fail at that more times then not.