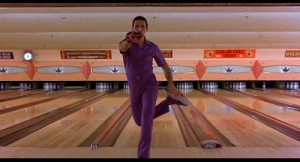 The second of the three presidential debates is on tonight in less than an hour. Did Mit or Barack know that tonight is Sons of Anarchy night? Furthermore AMC is also running a Kevin Smith hosted Friday the 13th marathon on AMC all week. Its Halloween scary movie time.

This is exactly the lack of leadership I have been bitching about in this country. You don’t schedule a debate in the middle of primo tv time at night when most of us have been working all day. You do that shit in the middle of day when we’re all screwing off at work on the internet.

I have a DVR and I can easily accommodate all three viewing options, but damn it, I shouldn’t have to.

Is it not bad enough that over the last few months every single commercial on TV is Obama bullshitting about what Romney is going to take away or lying about now, and that his awesome non existent plan for anything other then piss away more money and sink us further in debt is somehow the only reasonable solution? When is enough, enough?

Well damn it, they can take away more of my money. They can piss away my taxes on more green energy companies that go out of business seven months later, but they are not going to take away my Sons of Anarchy or Jason Voorhees hacking off arms and heads around Camp Crystal Lake any more. They can have some douche ask them in a town hall meeting about their favorite Pizza Hut pizza, but they will never take OUR TV FREEDOM!

This is Bush league psyche-out shit. Laughable, man – ha ha! Presidential debate, I would have fucked you in the ass Saturday. I fuck you in the ass next Monday instead. Wooo! You got a date Monday, baby!

Guess I better check all my DVR settings and make another white russian.

The Dude most certainly does not, abide! 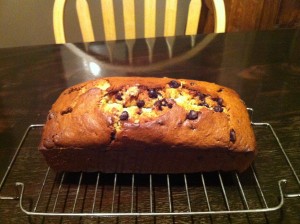 It’s humpday Wednesday again. I find myself wondering when will this awfully slow week end? Time just seems to be dragging along this week. This nonsense doesn’t happen between Friday afternoon and Monday morning.

Tomorrow is the vice presidential debate. I am eagerly waiting to see how Paul Ryan handles himself. My personal opinion is that a fifth grader should be able to intellectually checkmate Mr. Biden, but I am not assuming anything in this election. Paul Ryan is a smart man and he should decisively put the old fool away. Fingers are crossed.

Oh yeah, this just in. Don’t eat cockroaches for something so ridiculous as a free pet snake. Eating cockroaches generally isn’t harmful but being a dumb ass is proving to be lethal. A pet snake? Really? Ah NO.  A new Harley? Sure. A date with Jenny McCarthy and a bottle of Rohypnol? You betcha! Not a free pet snake.

Does anyone out there watch the seminal cable show on FX, Sons of Anarchy? In the last two weeks its beat everything on TV ratings wise. Kurt Sutter is the creator and writer. Its about a fictional motorcycle club. If you have not watched this program I suggest you get your Netflix fired up to catch the first three seasons, and by the time you are done with that you can catch the forth season playing now. Or is this currently the fifth season on TV now?  Hell I don’t know, but the show is 110% awesome. You don’t have to be a biker, like motorcycles, or Honey Boo Boo to like this show. The writing is perfection. I wont give any spoilers here. Watch it and come back with a two page written report for next weeks homework. Ok kidding about that last part. I was just testing out my school teacher voice.

Bananas are an awesome food. Potassium is good for your brain and the rest of your body. I like to eat bananas. Not when I am on the boat fishing. That shit is bad luck. All other times though bananas are fabulous. I especially like when I forget to eat bananas and they turn all brown and black. I turn that into banana bread. I have some in the oven right now.

Kelly Ripa made some flippant stereotype comment on her talk show yesterday about gangster dogs are probably some sort of mean Pit Bull type dogs. The internet is in an uproar about it and frankly I don’t blame it. Pit Bulls get a tremendously bad rap and its mostly by a very minority few people who know absolutely nothing about dogs at all. I’ve had in some way or other pit bulls all my life. My mother who will jump out of a moving car on the New Jersey Parkway if a bee flies into the window, has had Pit Bulls for years. Most of my close friends have one or more, and I happen to work with anywhere from a bakers dozen of them every week. In the care of knowledgeable, and loving people these dogs are probably one of the best breeds on the planet. The bad reputation these dogs have gotten over the years is in my opinion been a direct result of the people whom have owned the dogs.

Dogs are a lot like guns. There are toys that shoot caps and go bang that children can play with, and there are .50 Cal riffles that will bring down jumbo jets. Both guns in the proper hands and respected are safe and can be happily owned. If you give one of these guns to an idiot, even the toy cap gun can hurt somebody. Pit Bulls are much the same way, except the Pit Bull by its natural build is more towards the .50 Cal riffle then the toy cap gun in my above analogy. In abusive hands a Pit Bull can hurt someone. However in a loving home with responsible owners these dogs are some of the most loving and loyal dogs out of all the breeds.

That’s about it. Oh, I forgot to mention, I put chocolate chips in the banana bread.

That’s what I got for a Wednesday. Hang in there folks Friday is in sight.