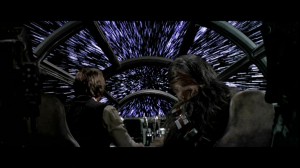 Gonna rise up
Throw down my ace in the hole

Whew! Where did the week go? It was like one minute it was Monday and uploading a blog and then it seems as if I turned around and now its Saturday evening. That was a fast week and I honestly have no earthly idea why.

There’s been lots of talk the last few weeks about how George Lucas sold the Star Wars franchise to Disney. Disney has announced that JJ Abrams will direct the next Star Wars movie slated to come out 2015. For those of you not sure JJ Abrams redid the last Star Trek movie that came out a couple of years back chronicling a young James Tiberius Kirk and how he got into the star fleet academy. I actually like Abrams version of Star Trek and thought it was well done. I know and realize a lot of the purists of both Star Trek and Wars probably wont agree but I think Abrams taking on the new Star Wars movie is a move in the right direction. We’ll soon see, I am sure. Don’t get me wrong. I would consider myself a Trekkie and I grew up watching all the Star Wars films, but I’m not some cos playing douche who dresses up as Lord Vader to go see my favorite science fiction movie at midnight on the day of release. However I am excited. Sorry, not sorry.

Last week I made some pork tenderloin with apricot mustard reduction. It came out pretty good. Usually whenever I get my swine on its strictly low and slow BBQ with either ribs, butts, or hams. I don’t eat a lot of pork chops, or loins nor cook them inside but this time I gave it a try and it came out well. Roasted red potatoes and squash rounds out a healthful meal. 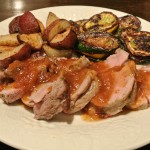 I’ll close this up and hope everyone has a great rest of the weekend.

Be good to each other.

I come in peace. I didn’t bring artillery. But I’m pleading with you, with tears in my eyes: If you fuck with me, I’ll kill you all.
—Marine Corps General James Mattis